We all know that feeling…writing a manuscript and using the same words over and over again. Sometimes it’s really difficult to think of alternatives, especially when you’re trying to describe complex scientific protocols in the materials and methods section.

We have put together a huge list of useful words for materials and methods sections. Originally we intended to list at least 100, but we just kept adding more and more, and we’re not finished yet! The list is currently over 160 words long, and still growing.

Both UK and US English spelling variations are provided in the list. All of the words are listed in the past tense, as this is normally the correct style for the materials and methods section. Each word has a short example of correct use, but most words can be used in a variety of other ways.

5.     Allocated:  The animals were randomly allocated to three groups

7.     Analyzed / analysed: All data was analysed using the Student’s t-test

9.     Applied: …and primary antibody was applied

13.  Blocked: The membrane was blocked in TBS-T containing 5% non-fat milk

15.  Caged:  The rats were caged individually

16.  Calculated: The chlorophyll content was calculated as described in [21].

19.  Classified: The patients were classified into two groups based on p53 expression

20.  Coated: The slides were coated with 3% APES in methanol

21.  Collected: The cells were collected by centrifugation

22.  Combined: The samples were combined for analysis

25.  Cooled: The reaction was cooled

26.  Correlated: The levels of P53 expression were correlated with EGFR expression

28.  Covered: …. and leaves were covered with foil

29.  Created: The pEYTH plasmid was created by PCR

31.  Defined:  Pre-diabetes was defined as an impaired glucose tolerance test in the last 6 months.

33.  Designed: Primers were designed to quantify p53 and EGFR

35.  Determined: The rate of the reaction was determined as described by Smith et al.

36.  Developed: The staining intensity was developed by incubation in 5% copper sulphate solution

37.  Dialysed / Dialyzed: The sample was dialysed against 2M NaCl

39.  Discarded:  The supernatant was discarded

40.  Dissected:  Tumours were dissected from the normal tissue

41.  Dissolved: Ampicillin was dissolved in water

42.  Donated:  The plasmids and p53 antibody were donated by Prof. J Smith.

44.  Driven: Gene expression was driven by the CMV promoter

46.  Eliminated:  Patients with Stage IV breast cancer were eliminated from the survival analysis

48.  Embedded:  The liver and kidney samples were embedded in paraffin

50.  Euthanized: The animals were euthanized after 24 days

51.  Excised:  HPRT was excised from the plasmid using Bam HI

54.  Extrapolated: The curve was extrapolated to determine the intersection of the y-axis

56. Filtered: The solution was sterile filtered at 0.2 µM

57. Fixed: The tissues were fixed in paraformaldehyde

59. Frozen: The samples were snap frozen in liquid nitrogen

62. Ground: The leaves were ground in a pestle and mortar

63. Grouped: The patients were grouped according to tumour stage

64. Harvested: Cells were harvested by scraping

65. Homogenized: The tissues were homogenised

69. Imaged: The sections were imaged by confocal microscopy

70. Immersed: Slides were immersed in fixative for 10 min

74. Inhibited: The reaction was inhibited by addition of 2 mL of 1 M EDTA

75. Initiated: The reaction was initiated by addition of Taq Polymerase

76. Injected: The rats were injected with the drug or control saline solution

77. Inoculated: LB broth was inoculated with 100 µL bacterial supernatant and cultured for 24 h

78. Inserted: The FLOX gene was inserted downstream of the CMV promoter

79. Interrogated: The database was interrogated to identify miR-129 target genes

80. Interviewed: Patients were interviewed to collect a full medical history

83. Labelled: Cells were labelled with a CD34 antibody

84. Loaded: The protein samples were loaded on 1% agarose gels

85. Localised / localized: Staining was localized to the nucleus

87. Magnified: The samples were magnified for further analysis

90. Mixed: Developing solution was added, mixed and used for…

91. Modelled: The data was modelled using a system of partial differential equations

92. Neutralised / neutralized: The reaction was neutralised by addition of 5 mL of 2 M HCl

93. Normalised / normalized: The data was normalized to achieve a standard distribution

96. Pelleted: Cells were pelleted by centrifugation

97. Performed: Analysis was performed according to the method of Jones et al. (1996).

101. Precipitated: The DNA was precipitated by addition of 15 mL isopropanol

102. Prepared: The samples were prepared as previously described (23).

104. Programmed: PCR was performed using a thermocycler programmed for …

105. Purchased: The CD34 antibody was purchased from Cell Signaling

107. Quantified: The bands were quantified using the Gel Doc System

108. Queried: The database was queried using the following search terms:

110. Reacted: After the enzyme and tissue had reacted, the solutions..

112. Recorded: The data was recorded in Excel

113. Recovered: The DNA was recovered by isopropanol precipitation

115. Removed: The leaves were removed 6 h after treatment

116. Represented: Using the formula of Jones et al., the gradient can be represented as x – y / t

117. Resected: The tumours were resected, then the patients…

120. Rinsed: The pellet was rinsed in PBS

121. Sampled: Five leaves were sampled from each tree at 3 h intervals

122. Saturated: The membranes were statured with 100% ethanol

124. Scraped: The cells were scraped into lysis buffer

127. Selected: Based on the pilot study, 200 mM cisplatin was selected for further experiments

129. Separated: Proteins were separated on using a SDS-PAGE gel

130. Shaved: The skin was shaved before surgery

134. Staged: The patients were staged according to the WHO criteria

135. Standardised / Standardized: The assay was standardised by including the standard curve in each replicate

136. Sterilised / Sterilized: The slides were sterilised by baking at 200°C

137. Stirred: then 5 ml EDTA was added, stirred, and the solution was…

138. Stored: The solution was stored at room temperature

139. Stratified: The patients were stratified according to tumour stage

142. Sutured: Skin was sutured and the animals were allowed to recover

143. Swabbed: Skin was swabbed with 70% EtOH before surgery

144. Termed: The pcDNA-EGFR plasmid, termed pEGFR in this study,

145. Terminated: The reaction was terminated by addition of 5 ml EDTA

146. Tested: Our hypothesis was tested by investigating the …

147. Titrated: The solution was titrated against 2 M HCl

149. Transformed: Data was transformed to achieve a normal distribution

158. Washed: Sections were washed in TBS-T

160. Wetted: The drug was wetted with EtOH before it was dissolved in water

Hopefully you will find this list of words really useful for your materials and methods sections. 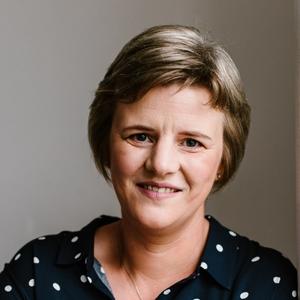 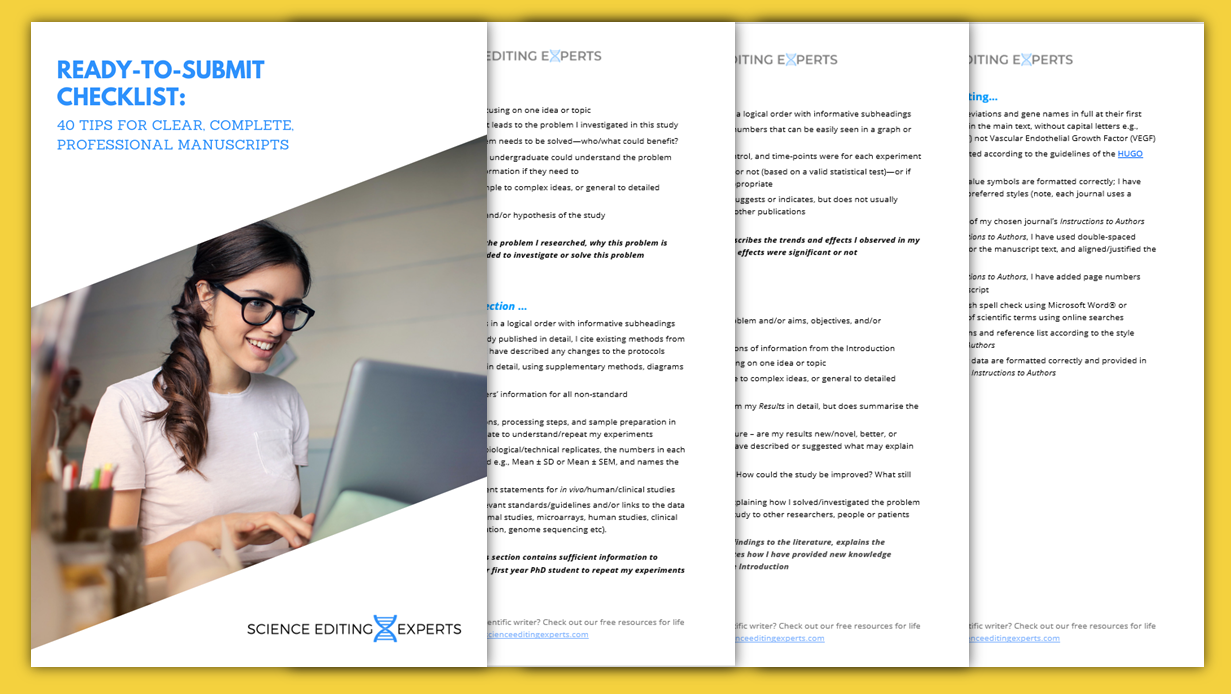 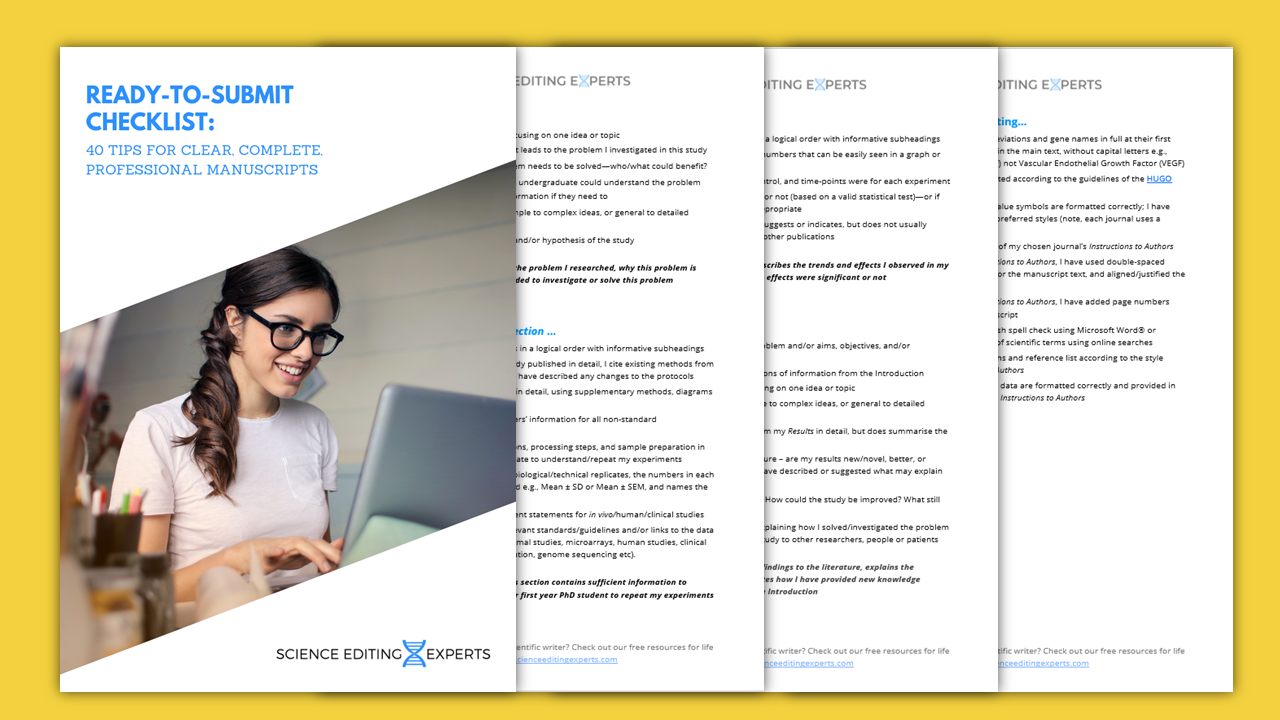